A new, large-scale exhibition at San Francisco City Hall tells the story of legendary San Francisco photographer, David Johnson, as both a resident and member of the Fillmore community and as an important chronicler of a pivotal moment in U.S. history. 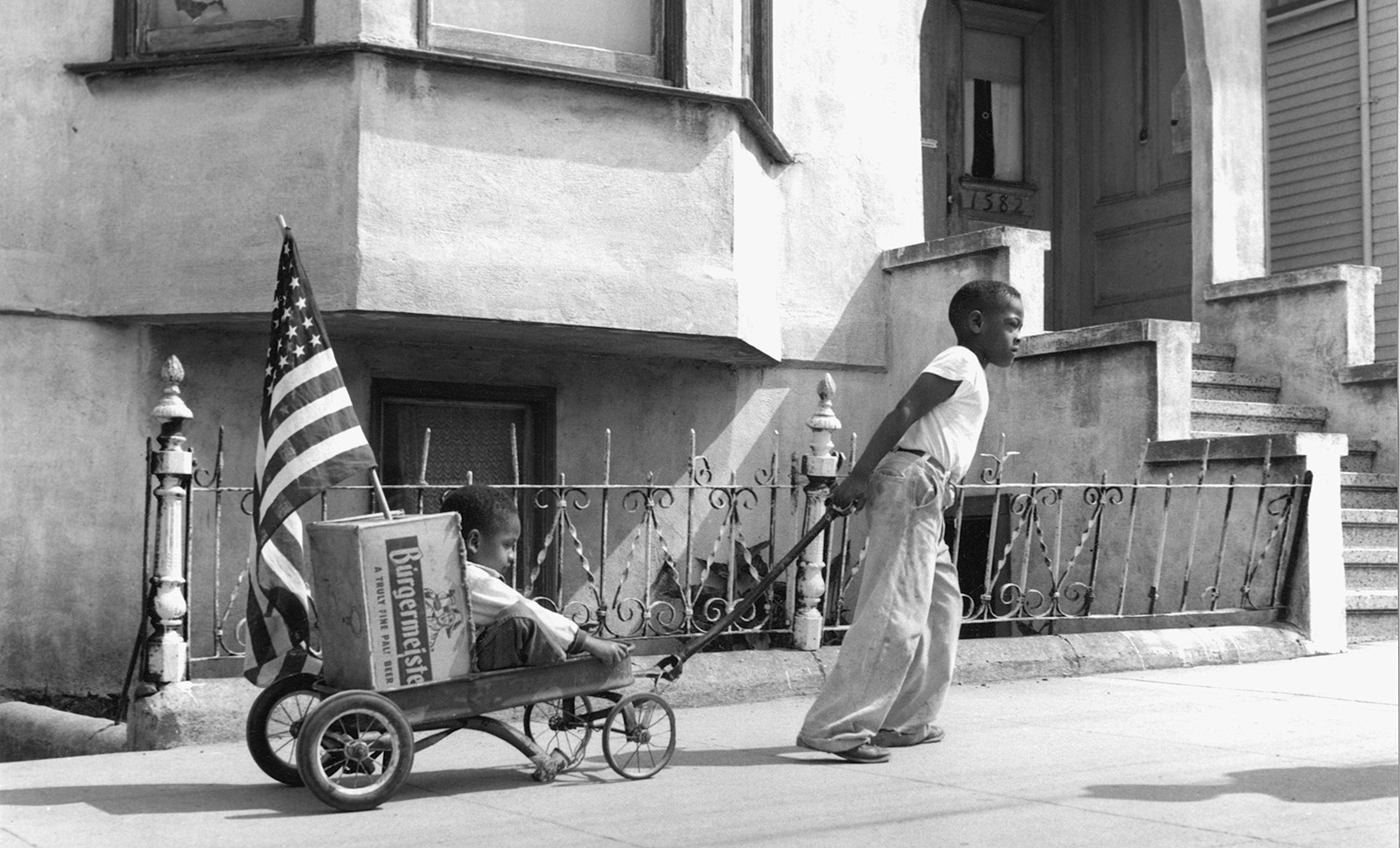 The exhibition will be on display on the Ground Floor and in the North Light Court of San Francisco City Hall from May 19, 2022 – January 6, 2023, and will be free and open to the public. Preview images from the collection can be viewed on SFAC’s Flickr.

Johnson was born in 1926 in the segregated South near Jacksonville, FL and was the first member of his household to learn to read or write. After serving in the Navy during World War II, he moved to San Francisco to study at the California School of Fine Arts (later renamed the San Francisco Art Institute) in the newly formed Photography Department led by renowned photographer Ansel Adams. Johnson was the first Black artist to graduate during what is now known as the program’s “Golden Decade” from 1945 to 1955.

“At this stage in my life It is truly an honor to have this inaugural retrospective of my life’s work shown in the city’s most iconic building, SF City Hall.” said David Johnson. “The SFAC Galleries’ recognition that my historic point of view remains relevant even in today’s cultural and political landscape deeply warms my heart and gives meaning to the sacrifice it took to achieve it.”

“David Johnson’s photography is iconic. It is only fitting we are able to display the amazing work of this San Francisco legend, right here in City Hall for the very first time,” said Mayor London Breed. “I’ve known David and his family for many years, and I am excited that the citizens of San Francisco will have an opportunity to get an up close and personal look at these historic images.”

Johnson, 95, is recognized as one of the most important photographers to document the joys and struggles of formative decades in San Francisco’s storied history, focusing his camera on day-to-day life, with special emphasis on the Black community in his Fillmore District neighborhood from 1945 into the 1960s, before redevelopment in the 1970s changed the demographic of the community forever. He photographed passersby as well as friends, gathering spots like churches and barbershops, children playing and teens hanging out, dance halls and jazz clubs, and the fight for civil rights. His historic work is particularly resonant today as our city and country reckons with the legacies of systemic oppression and the contemporary realities of racial injustice and inequity for Black Americans.

“David Johnson is a pioneer, not only for his work behind the camera lens, but for his advocacy and leadership,” said Ralph Remington, Director of Cultural Affairs for the San Francisco Arts Commission. “Thanks to David, we have these beautiful images to look back on and learn from, showing us how far we’ve come, how much has changed and how much more we still have to fight for.”

On a crisp day in 1946, Johnson left his apartment in the Fillmore District with his camera around his neck. When describing that day, Johnson says, “I was in the zone.” Images were “springing out of nowhere as if to say - that’s it. Go for it!” He rounded a corner, climbed some scaffolding and snapped one of the most iconic San Francisco street-scenes ever captured, Looking South on Fillmore. (Quotes from a 2017 interview, The Bancroft Library, University of California, Berkeley)

In 1949, Johnson opened a photography studio on Divisadero Street and worked as a post office clerk and reporter for the Sun Reporter. It should be noted that in addition to being an artist, Johnson was also an organizer and civic leader who worked to unionize postal service workers, co-found UCSF’s Black Caucus, photograph the March on Washington for the NAACP, run for San Francisco County sheriff, and later become a social worker for foster families.

Johnson’s work is featured prominently in Harlem of the West (Heyday Books, 2017), a book chronicling the Fillmore jazz scene in the 1940s and 50s, and in the documentary film The Fillmore (KQED, 1999) narrated by Ossie Davis. Johnson says, “I learned my craft from Ansel Adams and yet it was the Fillmore that gave my work soul.”

In June 2021, the Harvey Milk Photo Center, part of San Francisco Recreation & Parks Department located at 50 Scott Street, dedicated its new photo library to Johnson. For more information about or to visit the David Johnson Photo Library, go to harveymilkphotocenter.org or call 415-554-9522.